Please enjoy 27 short video highlights in order, over 100 photos, and our game summary below. It was an honor to cover this huge second-round playoff victory seeing our Grand Blanc Bobcats defeating The Clarkston Wolves. The Bobcats dominated the vast majority of the game and won 42-35 on Clarkston’s field.

The Bobcats take the field

Elijah Jackson Anderson with the sack

Our Bobcats Tame The Wolves!
Last week, the Bobcats defeated the Lake Orion Dragons. Last night, the Bobcats battled a strong Clarkston Wolves squad. This is the Bobcat’s eleventh meeting with the Wolves. Below is a summary of the game:
Dylan Hertzberg kicks off to begin the game, which leads to the first of many touchbacks with his powerful kicks. Our Bobcats defense stops the Wolves and forces a three and out on the first drive. The Bobcats march down the field but are stopped near the Clarkston 10. One of the best kickers in the state, Dylan Hertzberg, kicks the 27-yard field goal. With 9:42 left in the quarter, Grand Blanc leads 3-0. Both defenses hold until deep in the first quarter when Ty Brotebeck hands off to Dennis Underwood, who runs 25 yards for the Bobcat touchdown! With 45 seconds left in the 1st, Grand Blanc leads 10-0.
Clarkston starts the second quarter with a strong drive and scores on a 4-yard run. With 10:23 left in the 2nd, GB leads 10-7. Later, the Clarkston offense goes on another drive, which results in a 40-yard field goal attempt that misses left. Deeper in the second quarter, our Bobcat defense forces the Wolves to a quick 3-and-out. The Wolves punt is blocked and recovered by Kai Hopewell at the Clarkston 40-yard line. With 25 seconds left in the half, Ty Brotebeck passes to Kai Hopewell; Hopewell pitches the ball to Elijah Jackson-Anderson, who avoids several tacklers and scampers for another Bobcat touchdown! Grand Blanc leads Clarkston 17-7 at the half.
Both team’s defenses stiffen early in the third quarter. The Bobcats offense begins to click, which results in a successful Dylan Hertzberg field goal. With 8:29 left in the 3rd quarter, Grand Blanc leads 20-7. After the kickoff, Lorenzo Wood recovers a Clarkston fumble. Now in possession, Ty Brotebeck throws it to Elijah Jackson-Anderson in the end zone, who catches it with one hand for a 12-yard Bobcat touchdown! Brotebeck then finds Kai Hopewell and converts the two-point conversion. With 7:39 left in the 3rd quarter, GB leads 28-7. Clarkston starts with a new possession at their own 35 and finds the end zone on an 8-yard quarterback keeper. With 5 minutes left in the 3rd, Grand Blanc now leads 28-14.
The fourth quarter begins with Clarkston’s pass being intercepted by David Childs. Later in the quarter, Ty Brotebeck passes to Elijah Jackson-Anderson, who dashes 22 yards for another Bobcat touchdown! With 7:23 left in the game, Grand Blanc leads 35-14. Next, Clarkston returns Dylan Hertzberg’s kickoff from the 1-yard line into Wolves territory. It’s the Wolves turn, and they start their drive and respond quickly with a 3 yard QB keeper for a Wolves touchdown. The Grand Blanc lead is cut to 35-21. Later Clarkston attempts an onside kick but falls short of the required 10 yards. Thanks to another penalty for Wolves, the Bobcats take possession.
Ty Brotebeck starts a new drive by throwing the ball deep to Jonah Meleski for another big Bobcat touchdown! With 5:29 left in the game, Grand Blanc is ahead 42- 21. Clarkston then takes possession at their 40-yard line. Deeper in the drive, they score on a 15-yard pass. With 3:51 left in the game, GB leads 42-28. Clarkston attempts another onside kick, but our onside kick recovery specialist Jack Goldie secures the ball. The Bobcats kill some clock but are forced to punt by the Wolves defense. Then the Wolves take possession and score on a 6 yard QB keeper. With 1:39 left in the 4th, Grand Blanc leads 42-35. The final quarter ends with Clarkston attempting a third onside kick but is recovered again by Jack Goldie. The final score is 42-35.

Next week, the Bobcats will have a rematch against last year’s State Champions, the Davison Cardinals.

To see over 20,000 media assets over the last 4 years with coverage of Bobcat Football, Basketball, Hockey, Soccer, Cheer, Pom, and more – check out our Flickr albums here 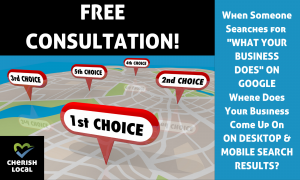 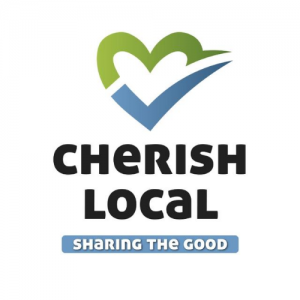